did you know? / festivals and traditions

Everyone loves celebrating things… sometimes to make special moments memorable, other times, just to have fun for the sake of it. For this reason, we have lots of different festivities throughout the year, like Christmas, New Year’s Eve, Easter or birthdays. Festivities can be religious or pagan; some are well known, while others are a little more obscure, like Pi Day, for example. Pi (Greek letter “π”) is the symbol used in mathematics to represent a constant – the ratio of the circumference of a circle to its diameter – which is approximately 3.14. 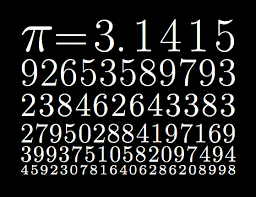 Pi Day has been celebrated every year on the 14th of March (3.14 – third month, fourteenth day: Americans write the date that way) since 1988, when Larry Shaw, a physicist, organised a party with his friends and colleagues, marching around a circular space eating pie. There’s a pun based on the words ‘pi’ and ‘pie’ for two reasons: 1) the two words are homophones in English and 2) pies are circular, and are therefore connected to pi.

There are many different ways to celebrate Pi Day, like throwing pies in each other’s faces or taking part in competitions, in which you’re supposed to recall pi to the highest number of decimal places. It wouldn’t be a bad idea to have one at our school, would it? Lots of radio stations and TV programmes (especially chat shows) also have long discussions about pi. It’s fascinating how much attention a number can draw. 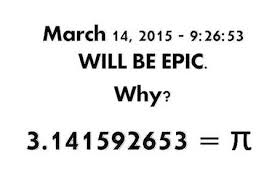 Fun fact: Albert Einstein was born on Pi Day! The town of Princeton, New Jersey, pays homage to Einstein in a combined celebration of Pi Day and his birthday. Einstein lived in Princeton for more than twenty years while working there. In addition to pie eating contests, there is an annual Einstein look-alike contest.

Do you know anyone else who was born on Pi Day?

I would also like to know if any of you did anything special for Pi Day! I had a delicious lemon meringue pie with a chocolate “pi” symbol on top of it for decoration…

Who would have ever thought that numbers could taste so good?!