did you know? / festivals and traditions

Hello guys, happy New Year! How are you doing? Today I’m going to tell you about one of the most famous New Year’s traditions, I’m sure each of you knows that on 31st December we should wear a red item of clothing (underwear, dress, etc.), but do you know the reason why?

Well, there are many different interpretations; let’s have a look at some of them

– is usually said that the red colour has a positive connotation; in many countries, red is traditionally associated to courage, passion, happiness, honour, energy and strength, therefore it is believed that red brings good luck; moreover red is also linked to the sun, in particular to sunrise: as a sunrise represents the birth of a new day, wearing something red at New Year’s Day brings hope of a renewed better future; 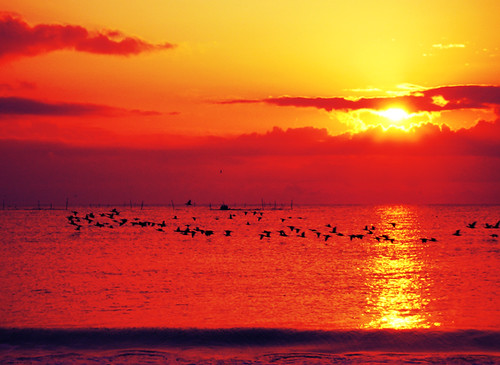 – another belief about this tradition derives from the Roman New Year; in particular, starting from Emperor Augustus’s reign, during the celebration of the Roman New Year, men and women who wore something red represented power, health and fertility;

– and last but not least, here’s the most interesting curiosity about this New Year’s tradition: it probably comes from an old Chinese legend, the tale of the monster Niàn; according to the legend, Niàn was a beast that lived under the sea and once a year, around the Chinese New Year, Niàn would come from its dark lair to attack people and to eat kids, destroying villages. One day, a god appeared to some villagers and revealed to them Niàn’s weakness: the monster was afraid of the colour red and was sensitive to loud noises; from that moment, during the Chinese New Year, people started to wear red clothes and use firecrackers, so Niàn never appeared in any village again. For this reason, in China, the celebration of the arrival of the new year is also called Guo Niàn (“to pass the year” or “to pass the Niàn”, in fact the term ‘Niàn’ means ‘year’).

Well guys, what do you think about traditions, folk tales and superstitions?

I think that they are important in every culture and it’s also very interesting and pleasant to learn about their origins!